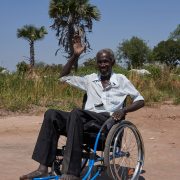 Richard arrived at our distribution dragging himself along the dirt floor with the help of a rice bag underneath him. He had suffered a serious hip injury a few years before, dislocating it and leaving his right leg extremely difficult to move. Without the help of any medical attention or physiotherapy, his condition worsened and rendered him immobile and unable to stand, let alone walk. He has never had access to a wheelchair. Richard has lived in Palorinya refugee camp in Moyo, Uganda, since he had to flee his home in South Sudan when the war broke out. He was overjoyed with his first ever wheelchair, which means that he will be able to regain the dignity that he has lacked for so long. 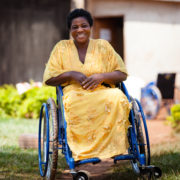 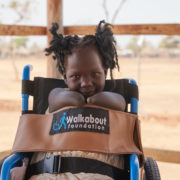 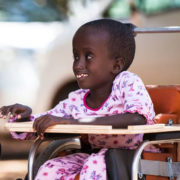 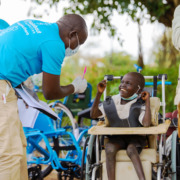 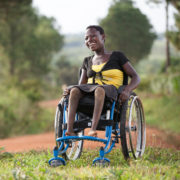 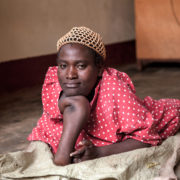 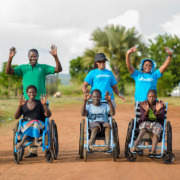 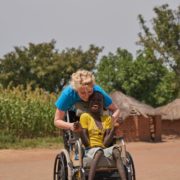