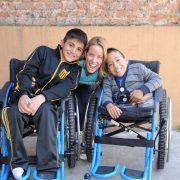 Team Walkabout headed to Argentina at the end of October 2013 to donate 250 wheelchairs. It was our first time in the country and we were thrilled by the overwhelming response that we received from the government, the people and through social media. As part of our partnership with Fundacion Banco Pro-vincia (BAPRO), we spent time donating chairs in La Matanza. La Plata, Mar del Plata. Balcarce and Buenos Aires alongside various members of BAPRO, including their president Karina Rabolini, who came along to meet the wheelchair recipients and learn more of how we were helping her country. We were also honoured to be a part of a special ceremony hosted by the governor Daniel Scioli, where co-founder Carolina gave a speech on the importance of fitted wheelchairs and told the story of Walkabout to a room full of wheelchair recipients, their families and the press. We would like to thank Fundacion BAPRO and the people of Argentina for their enormous support during this trip. 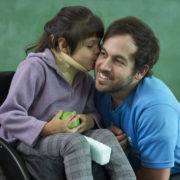 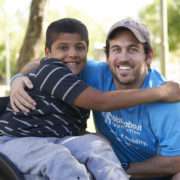 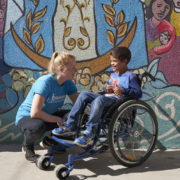 250 chairs to the Dominican Republic