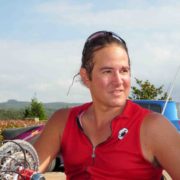 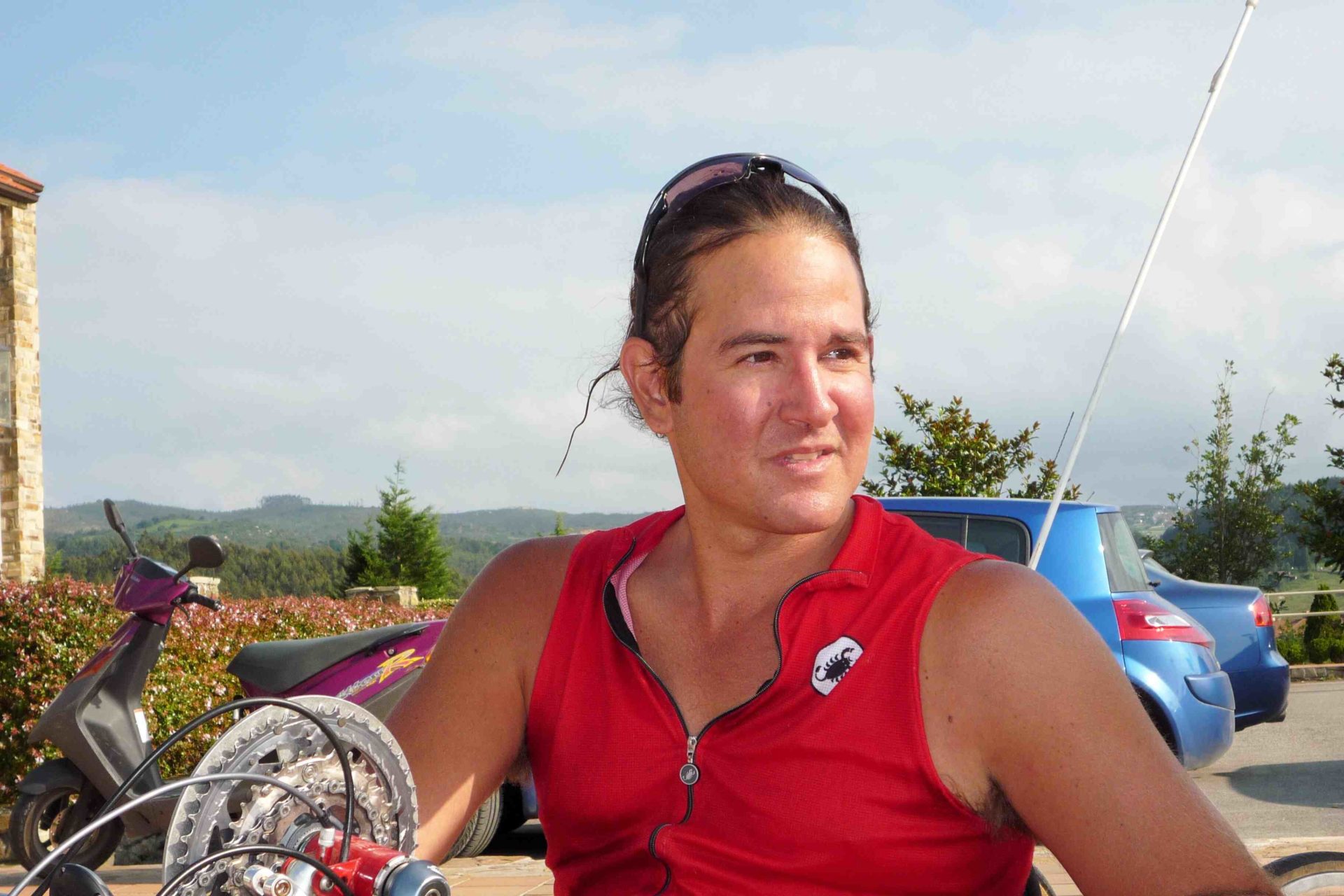 I’ve been thinking quite a bit about what to write for September’s  Spinal Cord Injury Awareness Month and I’ve settled on addressing “quality of life” for people with disabilities and how it’s essential for meeting the true definition of what it means to really be alive. This is applicable to people in general but I’ll focus on paralysis and other mobility disabilities.

First, a little background for those of you who don’t know my story or aren’t clear of all the facts as it’s been a long time since I last spoke. My name is Luis Gonzalez Bunster and in the summer of 1994, only two weeks after I graduated from Brunswick School in Greenwich, CT, I sustained a spinal cord injury when I was involved in a head-on collision with another automobile while driving home from my girlfriend’s house.

The accident left me paralyzed from the chest down, an incomplete functioning T4 paraplegic, meaning that I had full control of my arms and hands (a miracle really because I sustained an injury in the cervical area) but incomplete because I had feeling below the level of my injury, a blessing and a curse I would later discover. I went to the University of Miami in January of 1995, roughly six months after my injury. I began doing physical therapy and swimming and eventually taking up hand cycling. I began training for marathons and in 2001 competed in the NYC Marathon and followed it up a few years later with the Miami Marathon. I continued to train over the years as it was extremely beneficial to my health, as well as it made it easier to do things like transfers and put my wheelchair into my car on my own. Both things that helped give me true independence.

Near the end of the summer of 2008 and into the early fall of the same year, I was swimming in our outdoor pool when my sister Carolina who noticed it was beginning to get rather cold out asked me why I didn’t use the new YMCA’s pool facility they had just rebuilt. We found out that I could not access the pool even though they had just spent $40 million to renovate it. This was one of the main factors that inspired me and Carolina to found the Walkabout Foundation in 2009.

So what is quality of life? The dictionary defines it as “the standard of health, comfort and happiness experienced by an individual or group.” That’s a very broad definition, but it helps us evaluate an individual or group based on that criteria and determine whether or not they are experiencing life to the fullest.

Let’s dive right in and start with health. According to the Merriam-Webster Dictionary, health is defined as “the condition of being sound in body, mind or spirit; especially: freedom from physical disease or pain.” People who are paralyzed or have some other disability that affects their mobility usually suffer from health sometimes in all three categories: body, mind and spirit. A person with a spinal cord injury obviously has sustained an injury to their body, but what can be equally or even more debilitating than the physical injury is what it does to your psyche. I know in my case I became very depressed and almost embarrassed of my new situation. I didn’t want people to see me in this state. It seriously affected my confidence and I became rather reclusive, which only increased my depression. Now I had the luxury of a family that could support me with anything I needed, I even had a convertible car with hand controls, but just try to imagine someone who can’t even afford to purchase their own wheelchair!

Without a wheelchair these individuals are relegated to a life spent mostly in bed and require the help of others to be mobile. Shopping carts and wheel barrels are common forms of transportation for these people which are hardly adequate and of course, it doesn’t offer them a sense of independence, which I guarantee is vital to supporting mental health, and thus a good quality of life!

So the wheelchairs that Walkabout helps to distribute to thousands of people in developing countries around the world gives people their mobility back, thus allowing them to be independent and ultimately productive members of society and not a burden on their communities. It allows them to simply go outside and enjoy the things most of us take for granted, like a stroll with a friend or family member, playing with your kids, going to a friend’s house for dinner or anything that couldn’t be done from the confines of a bed. All you have to do in order to understand the impact of such a gift is to see the look at their faces when they finally realize that this new wheelchair is theirs and all that it represents, primarily the regaining of independence! Pure smiles all around!

Life has to be more than simply surviving…that’s not enough!

To share a rather personal story that I think helps illustrate my point is my experience with terrible chronic neuropathic pain associated with spinal cord injuries, or at least that’s what the doctors think I have. For the past 8.5 years, I’ve been suffering from agonizing abdominal pain that feels like being stabbed by a 6-inch blade, and with every movement, it feels like it’s being twisted and turned to inflict even more pain. The pain has spread to more areas of my body. My left leg that had a blood clot decades ago is in even more pain; it’s even begun to give me pain when I simply have to urinate or move my bowels! This condition got worse and I eventually had to have a colostomy operation because I could not eat! The worst thing about it is that I can’t take any opioids for the pain because it makes my situation worse, as it slows my motility. I have become a recluse due to this condition and have annoyed quite a few of my friends by missing appointments or dinner dates for example. My love life has suffered immensely as well, practically becoming nonexistent.

All this is obviously very frustrating because not only do I have to suffer the physical pain, which is very real and very intense, although invisible, which in itself can be rather annoying because people can’t see the agony I’m going through inside my body. But the worst thing is that I’m missing out on life; I’m not doing all the things I used to love to do. It’s lonely because I’m physically isolated, but it also feels as if no one seems to understands what I’m going through which can be even more isolating than the physical isolation. Happiness and comfort are severely compromised, resulting in a reduced quality of life.

I like to try and look on the bright side as often as I can, regardless of how difficult that may be and one thing this experience has given me, if there ever is to be a silver lining to it, is a considerably greater amount of empathy for all those who are going through hardships, of all kinds. One never knows the whole story behind a person’s suffering and all the dynamics that encompass it. We are all going through this to varying degrees when it comes to the COVID pandemic. We are all hurting and should remember our own pain when judging others’ behavior. You don’t know if they just lost their parent or spouse or a loved one, and thus should have the empathy to cut them some slack. We need to be better to each other.

In conclusion, I want to echo a famous quote from the brilliant Martin Luther King: “Peace isn’t merely the absence of war, it is the presence of justice.” Walkabout’s wheelchairs and our cutting edge research are intended to provide as many people as we can the ability to achieve the goal that every other human being on earth has: to be the best we can be! As the great Abraham Lincoln once said: “…in the end it’s not the years in your life that count, it’s the life in your years.” That to me is the true definition of quality of life! 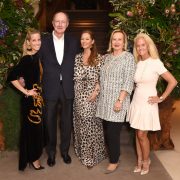 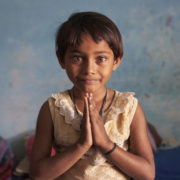 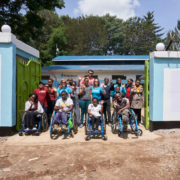 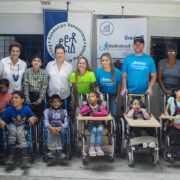 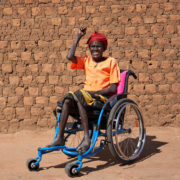 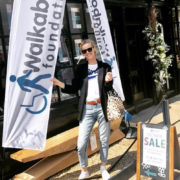 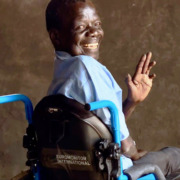 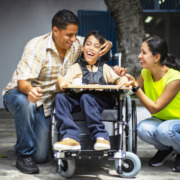 A Personal Letter From Our Co-Chair, Alex